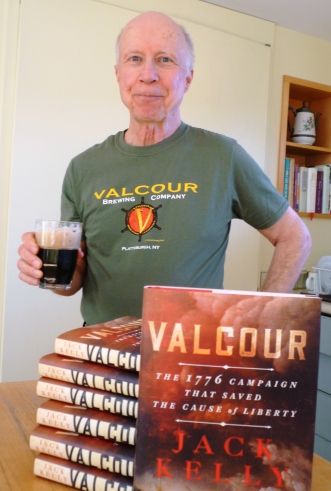 IT’S A BOOK — IT’S A BATTLE — IT’S A BEER!
From VALCOUR: “General Gates made an effort to obtain barrels of molasses and officers encouraged men to brew beer flavored with spruce twigs. One recipe called for seven pounds of spruce sprays to be boiled with three gallons of molasses. The mixture was then added to thirty gallons of water, along with a pint of yeast. The brew could be drunk after it worked in the barrel for a few days. A writer later observed that drinking spruce beer was “as if we sucked at the very teat of Nature’s pine-clad bosom.” Others reported that the taste was more like turpentine. In any case, the boiling of the mash and the alcohol content made the beverage safer to drink than plain, often contaminated, water. Besides propping up morale, the beer also helped prevent scurvy. [special thanks to Valcour Brewing Co. of Plattsburgh, NY] 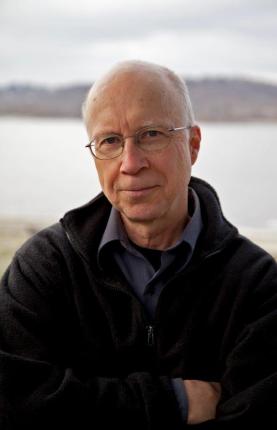 Jack Kelly is a public scholar, a historian and a novelist. His book VALCOUR was called “Historical writing at its best.”
New York Times referred to THE EDGE OF ANARCHY as “timely and urgent.” Heaven’s Ditch is a rollicking account of the Erie Canal and the political and religious upheavals that erupted along its length. Band of Giants, winner of the DAR History Medal, is a pithy and insightful history of the Revolutionary war. Gunpowder offers readers an account of the world’s first explosive substance, an invention that quite literally changed the world.

The Baltimore Sun described Jack’s writing as “brilliantly succinct and excruciatingly powerful.” The Wall Street Journal wrote that he “packs in a remarkable amount of information, thanks to his lean, readable prose.” A New York Foundation for the Arts fellow, Jack has appeared on NPR, PBS, and The History Channel. He has written for national publications including the Wall Street Journal and American Heritage. Born in Western New York, Jack now lives and works in the Hudson Valley.

Contact Jack for comments or queries about any of his books, or to schedule a speaking engagement.

Author interviews:
Talking about The Edge of Anarchy on NPR
What was the Pullman strike all about?
The Erie Canal: Compressing Time and Distance
The Book Show
History Authors Show
Cambell Conversations
The Takeaway

Selected Articles:
Daily Disaster – a plea for solidarity
Terror on the Hudson: The Burning of Kingston
The New York Origins of Mormonism
Revolutionary Tourist: Chastellux in America
The Story of the FBI: “The Most Dangerous Institution”
The History of Poker
Playing with Fire: A History of Pyrotechnics 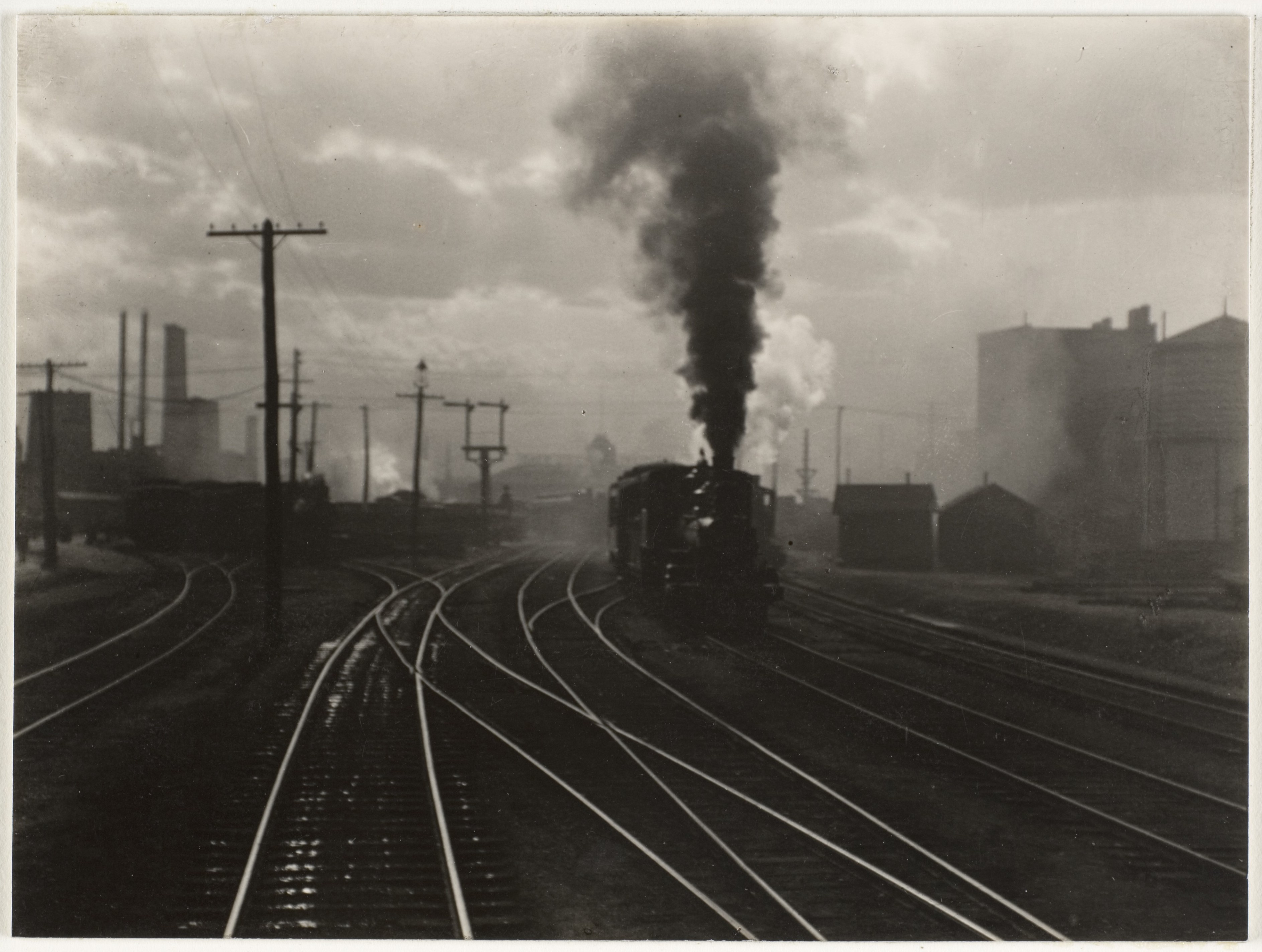 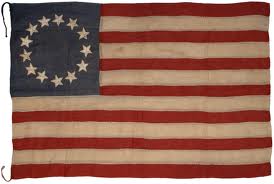 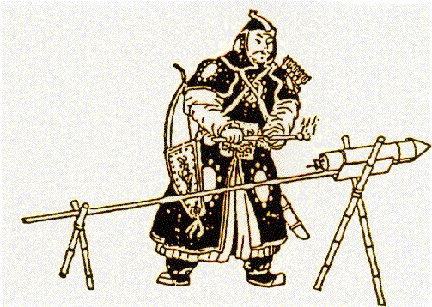